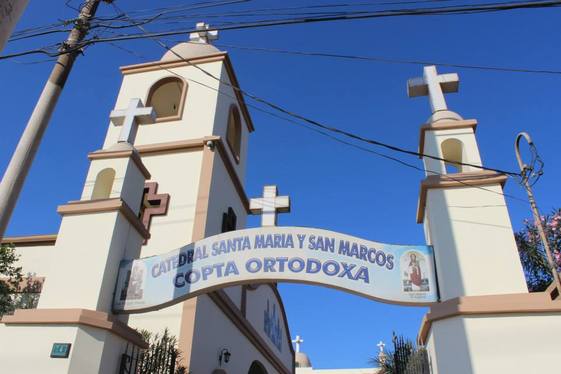 The History of the Coptic Church in Bolivia

In 1997, His Grace Bishop Boula, the Bishop of Brazil, heard of and began to visit a some Coptic families who were living in Bolivia. He continued to serve them for four years until they requested a permanent priest. Fr. Youssef Amba Boula was sent to serve them. Youssef had minor courses in Spanish prior to coming to Bolivia. He arrived December 14th, 2000. Youssef started services in a rented flat located in a poor area. However, only one Copt remained in Bolivia. The other families returned to Egypt or immigrated to the U.S.A. He prayed his first Liturgy in the hall of his flat three days after his arrival. At this time, there were no liturgical books in Spanish, but within six months he had made a translation. He continued to pray in the hall for two years.

Youssef began teaching Coptic Hymns to children and youth in Coptic and Spanish. He arranged trips. He started to communicate regularly with many Bolivians. Frequently they asked him about his clothing, his beard and the cross he wears. When they knew that he was a Christian, they started to ask him about his beliefs and the Coptic Orthodox Church. He explained Orthodoxy and showed them the love of Christ. Youssef loved them and they loved him back. He spent time with them, listened to their problems, aided them to solutions and gave them spiritual advice. He started various spiritual and social services. They learned about the Coptic Church, embraced it and were baptised. Youssef performed the sacraments of baptism, confirmation, marriage and unction of the sick multiple times. He wrote a book about the Coptic Church in Spanish and published the Coptic Spanish Liturgy Book. With the guidance of Pope Shenouda III, the help of Fr. Michael Edward ,priest of St. Mark Church in Cleveland, and the determination of Youssef, the service continued to grow.

This article is courtesy of The Catedral Santa María y San Marcos, in Santa Cruz, Bolivia.
Powered by